The Signpost (formerly The Wikipedia Signpost) is the English Wikipedia's online newspaper. Managed by the Wikipedia community, it is published online with contributions from Wikipedia editors. The newspaper reports on the Wikipedia community and events related to Wikipedia, including Arbitration Committee rulings, Wikimedia Foundation issues, and other Wikipedia-related projects. It was founded in January 2005 by Wikipedian Michael Snow, who continued as a contributor until his February 2008 appointment to the Wikimedia Foundation's Board of Trustees.

Former editor-in-chief, The ed17, noted that during his tenure from 2012 to 2015, the publication expanded its scope to report on the wider Wikimedia movement in addition to Wikipedia and its community.[2] In January 2015, Wikipedia editors Gamaliel and Go Phightins! succeeded The ed17 as editors-in-chief, followed by Pete Forsyth in 2016 and Evad37 in 2017. After reporting on the changes to European freedom of panorama law in June 2015, The Signpost was referred to by a number of publications for further information.

The Signpost has been the subject of academic analysis in several journals, and was consulted by researchers from Los Alamos National Laboratory and Dartmouth College. It has been covered by several publications, including Wikipedia – The Missing Manual, who called it essential for ambitious new Wikipedia editors. 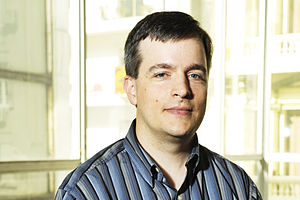 The online newspaper, first published in January 2005 as The Wikipedia Signpost, was later renamed The Signpost.[3][5] It was founded by Michael Snow, a Wikipedian and later chair of the Wikimedia Foundation's Board of Trustees.[3][4] Similar efforts had been made with Wikipedia:Announcements by Larry Sanger on November 20, 2001,[6][7] Wikimedia News on Meta-Wiki November 14, 2002,[8] and Wikipedia-Kurier in the German Wikipedia on December 10, 2003.[9]

Snow wrote in its first issue: "I hope this will be a worthwhile source of news for people interested in what is happening around the Wikipedia community",[10] and said that The Signpost's name was suggested by the Wikipedia practice of editors digitally signing talk-page posts.[10] He stepped down as editor of The Signpost in August 2005, continuing to write for the newspaper until his February 2008 appointment to the Board of Trustees.[11] Ral315 succeeded Snow as editor, writing in his first post: "I'd like to personally thank Michael for his work on the Signpost; it was a great idea that really helped Wikipedians learn more about the happenings on Wikipedia."[12] He conducted a survey for The Signpost in September 2007, estimating a weekly readership of approximately 2,800 Wikipedia users based on survey results.[13]

In July 2008, user Ral315 wrote about transparency for The Signpost, acknowledging that at the request of the Wikimedia Foundation, the newspaper had decided not to publish an article about a pending legal case against the foundation.[14] According to the editor, "I feel this was an unfortunate, but necessary move"; because of the newspaper's affiliation with the Wikimedia Foundation, an article about the lawsuit "might have had a severe effect on the case."[14] Ral315 expressed concern about the future impact of the decision: "I'm still rather troubled by the very nature of this situation, because it was the first time that I've felt pressured by the Wikimedia Foundation not to write or publish a story. This also leaves us with a dangerous precedent that I'm hoping only to keep in the most serious cases."[14]

Wikipedia community members working on The Signpost at a conference in New York City, 2009

The Signpost published its 200th issue in November 2008.[15] A total of 1,731 articles had been published, written by 181 contributors.[15] Wikipedia user Ragesoss took over as editor of the newspaper in February 2009, in an issue which featured a new layout.[16] Ragesoss resigned as editor in June 2010, and HaeB took over as the newspaper debated changing its name from The Wikipedia Signpost to The Signpost.[17] That year, sister Wikipedia publications managed by volunteer contributors included The Wikipedia Weekly, a podcast, and The Wikizine, a news bulletin.[18][19]

HaeB resigned as editor after he was hired by the Wikimedia Foundation in July 2011: "It would make it too much of a conflict of interest if I were to continue to make final editorial decisions for a community-run publication."[20] After three interim editors-in-chief,[21] Wikipedia user The ed17 took over in May 2012 as The Signpost's eighth editor.[22] He previously edited The Bugle, the publication of the WikiProject dedicated to improving the encyclopedia's military history articles.[22] The International Business Times noted in a 2013 article that The Signpost's investigative journalism uncovered a link between the Wiki-PR firm and conflict-of-interest editing on Wikipedia.[23]

2015 reporting by The Signpost on changes to freedom of panorama copyright restrictions in Europe was covered by publications in several languages, including German,[24] Italian,[25] Polish,[26] and Russian.[27]

After its June 2015 reporting on the likelihood of increased copyright restrictions in Europe involving changes to freedom of panorama,[28] The Signpost was consulted for information by publications in several languages, including English,[29][30] German,[24] Italian,[25] Polish,[26][31] and Russian.[27]

Heise Online highlighted the use of a papal conclave image in a Signpost article about controversy with Wikimedia Foundation executive director Lila Tretikov, saying that it symbolized pressure on the foundation's Board of Trustees.[32]

Wikipedia users Gamaliel and Go Phightins! became editors-in-chief of The Signpost in January 2015.[2] The ed17 noted that during his tenure, the newspaper expanded its scope beyond the English Wikipedia to the wider Wikimedia movement.[2] In a January 2015 tenth-anniversary retrospective, Gamaliel emphasized that further improvements to the newspaper depended on collaboration and involvement by the Wikipedia community and invited users to contribute suggestions and join the editing team.[33] In their first issue of the newspaper as editors-in-chief, Go Phightins! and Gamaliel wrote about the unique role of The Signpost: "We will strive to maintain our voice and standing as an independent entity, separate from the WMF, Wikimedia chapters, WikiEd, or other entities."[34]

In January 2016, Fortune and Ars Technica relied on The Signpost in reporting a vote of no confidence by Wikipedia editors against Arnnon Geshuri joining the Wikimedia Foundation Board of Trustees.[35][36] While reporting in February 2016 about controversy and confusion at the Wikimedia Foundation concerning executive director Lila Tretikov remaining in her position, The Signpost illustrated its article with a photo of black smoke emanating from a chimney in reference to the papal conclave used to select a pope.[32] According to Heise Online, the photo indicated pressure on the board to take action.[32] Andreas Kolbe wrote for The Signpost "that the creation of a successful search engine would transform volunteers into 'unpaid hamsters.'"[37]

The Signpost publishes stories relating to the Wikipedia community, the Wikimedia Foundation, and other Wikipedia-related projects,[38][39][40][41] and is provided free of charge.[42][43] The Wikipedia community manages the newspaper. From 2005 to March 2016, The Signpost was published on a weekly basis. In April 2016, the nominal periodicity was changed to "fortnightly" (every two weeks) due to a shortage of contributors.[44] But in January and February 2017 only three issues were published,[45] and none in March, April or May. It is now published monthly. Readers may choose to be notified of a new issue by email or, with a Wikipedia account, on their user talk page.[46]

The newspaper informs Wikipedia editors about ongoing collaborative projects to improve articles on the site,[47] and is a location for centralized notices of recent academic studies about Wikipedia.[5] The Signpost includes an arbitration report, formerly known as "The Report on Lengthy Litigation", which details proceedings by Wikipedia's Arbitration Committee.[48]

The Signpost archives are publicly available, facilitating study of the history of Wikipedia.[49]

In a 2009 article in the peer-reviewed academic journal, Sociological Forum, Piotr Konieczny called The Signpost an example of a subcommunity within the larger Wikipedia community.[50] In the social-movements journal Interface that year, Konieczny cited The Signpost as part of the "complexity and richness of those organizations" in which individuals can volunteer their time on the website.[51]

Researchers from Los Alamos National Laboratory and Dartmouth College relied on Signpost archives to track Wikipedia editing outages, presenting their findings at the 2011 IEEEIWIC/ACM International Conference on Web Intelligence.[52] In her 2013 study of Wikipedia and its reputation in higher education in the journal New Review of Academic Librarianship, Gemma Bayliss reviewed the Signpost Twitter feed to confirm the timeliness of her research.[53]

If you expect to continue editing at Wikipedia ... subscribe to ... The Wikipedia Signpost.

In 2007 The New York Times called The Signpost a "mocked-up newspaper", with a retro style characteristic of Wikipedia and "its own special brand of kitsch".[54] In his 2008 book, Wikipedia: The Missing Manual, John Broughton recommended The Signpost as essential reading for aspiring Wikipedia contributors: "If you expect to continue editing at Wikipedia for any length of time, by all means subscribe to ... The Wikipedia Signpost."[46]

Fortune called The Signpost "Wikipedia's insider newspaper".[35] In a 2016 article The Register's executive editor, Andrew Orlowski, described The Signpost as "Wikipedia's own plucky newsletter."[55] According to Ars Technica tech-policy editor Joe Mullin, documents were leaked to (and published by) The Signpost about the Knight Foundation's Knowledge Engine grant for a Wikimedia Foundation search-engine project in February 2016.[56] Writing about the Knowledge Engine controversy, Nonprofit Quarterly editor-in-chief Ruth McCambridge directed technically-minded readers to The Signpost "to better understand what was being planned."[57] In his article for the German magazine Heise Online, Torsten Kleinz wrote: "When official communications ground to a halt, The Signpost ... jumped into the breach, brought unknown facts to light and initiated an informed discussion."[58]